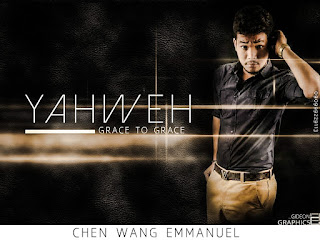 Chen Wang Emmanuel, who recently hit the internet as a Chinese-Nigerian proud of his Igbo roots is set to for a pre-release of some of his gospel tracks from the awaited album Yahweh. The songs Include 5 Tracks including an Igbo-themed praise song and four western solos. Rest assured, these songs would get you worshipping God beyond standing still.

Chen Emmanuel is a gospel Singer/Songwriter based in Calabar. Born on the 6th of December, 1994, 20 year old upcoming artist, Chen, started singing from 2011 without vocal coaching but by the leading of the spirit.  He doesn’t have so much interest in singing but basically in songwriting. Such an amazing lyricist. He loves to be motivational and bring a twist to facts, that makes you see the hidden truth about some circumstances in life. Hopefully his debut album, YAHWEH would strike you at a point that speaks directly to you. The songs would not just be his story, but your story to you and a reason to believe that the best is yet to come.