Breaking News
Home / Articles / ARTICLE: MY HUSBAND – FROM A DRUNK TO A LOVING HUSBAND

ARTICLE: MY HUSBAND – FROM A DRUNK TO A LOVING HUSBAND

Article: Are we really free | #StontMedia

ADVICE TO MEN ABOUT THEIR PREGNANT WIVES. 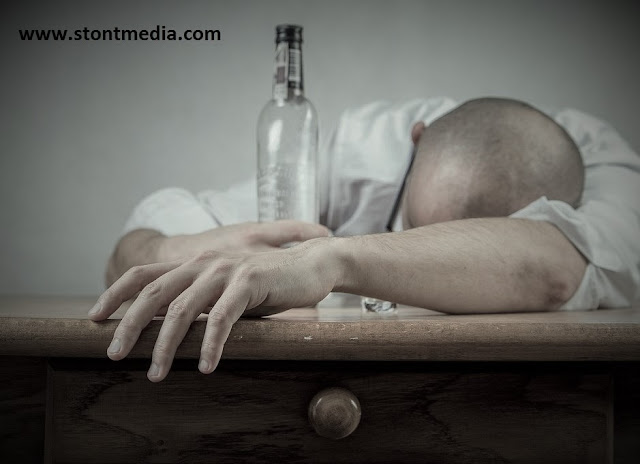 FROM A DRUNK TO A LOVING HUSBAND. Sarah’s husband was a drunk, he had always been like that even before they got married, she had only hoped he would change as he grew older, but it all turned out to be as impossible as trying to catch the air with a net. This is her story.
Like every other drunk I have come in contact with, whenever my hussie; I call him hussie because it is the shortest form of pronouncing husband to me, whenever he’s drunk he always look worn-out, his cloth wet with his own sweat and sometimes soaked in his own vomit.

On this fateful day, a day that was also his birthday, I had expected him to come home early so that we could celebrate together. I already prepared varieties of food including his favourite, with much joy and enthusiasm, only to wait for his return like the ten virgins waited for the coming of the bridegroom, but I knew it was a wise thing to do.

I was already dozing off on the couch in the sitting room when I heard the gate screeching, welcome sir, the gateman said to him. I didn’t hear him reply but I knew he was the one, I checked the time and it was exactly 11:15pm.

He was able to find his way into the house. The sound of his footsteps was not rhyme, so I knew he must be drunk again. He didn’t disappoint me, ofcourse it was written all over him that he was drunk. I went into rage, not because its his first time or I was fed up, but I think he should have comported himself on a special day like this, even if it’s a spell he should still have helped himself by not getting drunk on his birthday.

I could not help but shout at him, hoping that it will make him have a sober reflection on his actions. I thought I was doing him some good anyway, but it turned out that the beast in him was provoked instead. He grabbed me with both hands, drew me closer and gave me some pound of flesh. All my efforts to get myself away from under his grasp was futile, by the time I finally did, my face was swollen and my body aching that I also wondered why he still got so much strength in him.

I slept with so much pain that night with a lot of thoughts running through my mind, both positive and negative; don’t even ask me what they were like. I woke up late the next morning still feeling pain and also worried about my swollen face, as it means that I won’t go outside the house for as many days as it will take the swollen face to get normal, unless I would have to lie that I fell from the staircase if asked about it.

The most surprising of it all was that my husband already left for work before I woke up not minding my situation. Then I thought if things should continue this way, my life could be brought to a premature end and his action has shown that he would not even think about it before moving on with his life and probably get another wife. What can I do to help myself? Was I wrong to have married someone like him? Was there anything I should have done to help him? I thought about this for most part of the day that I almost forgot about breakfast. I finally arrived at what I believed would be a way out, if not for my husband, atleast it will preserve my own life.

When he came home drunk some weeks later in his usual uncultured manner, I rushed towards the door to help him find his balance, this I did with remorse, as if I was the one that caused his ordeal. I held him as he sat gently on the couch; I quickly went to get a towel with a bowl of water. When I returned, I placed his head on my laps, dipped the towel inside water and squeezed it a little in order to release some water, I mopped his face with the towel as I also rendered his panegyrics softly, and watched him sleep.

I left him on the couch and went into the bedroom to sleep because I didn’t want to stress him. Carrying him would have been the best option but I wish I had the power to do so. I left the door to the bedroom open believing that he will wake in the middle of the night and decide to come join me. I laid on the bed, covered myself with the duvet and switched the light off. Not long after, I noticed someone opened the door quietly, but I didn’t bother because I knew it must have been my husband.

The next thing was that I felt a soft/tender and purposive touch on my right leg, it seems romantic to me but to him am sure it must have been apologetic. I switched the light on and was surprised at what I saw. My husband knelt beside the bed with tears flowing from his eyes down his face softly; I couldn’t help the sight of it so I drew the duvet, as thick as it was, to help clean the tears. But while trying to do that, he held my hand and stuttered ‘I can explain’, explain what? I asked…in his word.

‘I am sorry, I wasn’t actually drunk when I came in, I only pretended, expecting you would shout at me again so I could give it to you much more than you could ever imagined. But I was embarrassed by your hospitality, I am sorry for all the troubles I had caused you in the past, everything I had made you go through. I know I haven’t been a caring and loving husband but I promise you, from this moment on that I will change for the best, I will restore your lost joy if possible’, he ended with a little grin on his face.

I held his hands and smiled back at him, you don’t have to, I said, as he got onto the bed. Let us just focus on a better future as the best part of our years is still ahead. I wiped his face and we got on to enjoy what turned out to be one of our best nights together as a couple. I hope you have learnt one or two things……..if you don’t like something, and you cant change it, change the way you look at it. Ire oooo.

You too can be a guest writer HERE