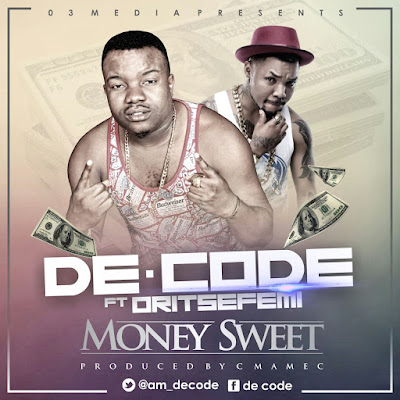 Kingsley Egwu “De-Code” is a fast rising African high-life singer.
With a fan Base stretching from his native Abia state to Lagos, down to the rest of West Africa, the love crooner whose unique High-Life style and vocal dexterity has been praised by even the likes of Flavour Nabania himself.

Born in Umuahia Abia state but raised on the streets of Lagos, De-Code’s exploits in music has earned him collaborations with the likes of Oritsefemi, Terry G as well as seen him share the stage with Ice Prince, Duncan Mighty and a host of top musicians from Nigeria. He’s also billed to perform as the headline act at the World’s People’s Conference in California, United States.
Blessed with a great voice and the rare ability to tell a story with good lyrics, De-Code who recently signed a management deal with OG-plus International is set to take his music across the world with his unique style in the high life genre.
Consistency is his main ambition and it has seen De-Code release back to back songs such as Nkechinyerem, Iyeoko, Lovina as well as a recent amazing song “Money Sweet” ft Oritsefemi which is currently getting Massive airplay on radio across the country.
DOWNLOAD
Share
Previous MUSIC: One Life – DiCE AVENUE | @diceavenue @BLACKLINKS
Next Comedy Video: Pastor Nebu Episode 1 – The Protected | @Femibabs6