Over 60 Die in Yobe as Boko Haram Launches Fresh Attacks 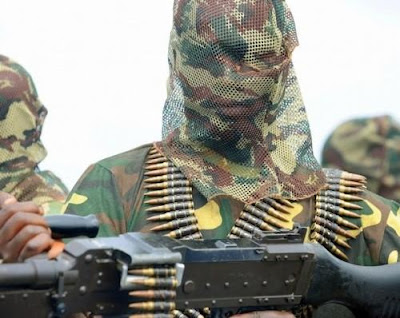 Over 60 people have been killed by Boko Haram in Yobe State in fresh attacks.
The terrorists attacked Kukuwa – Gari in Gulani Local Government Area of the state, Punch reports.
Spokesman for the Yobe State Police Command, Toyin Gbadegesin, confirmed the attack. However, he was unable to confirm the casualty figure.
“I can confirm that there was an attack at Kukuwa village and the police and other security operatives were able to repel the Boko Haram attackers. We are not aware of the high death toll,” he said.
Abubakar Aliyu, a member of a local vigilance group in the area told newsmen that over 60 people died.
“Most of the villagers were drowned in the river which was flooded by the downpour while others were shot dead by the terrorists. The terrorists invaded Kukuwa-Gari village and its environs on motorcycles and trucks and started shooting at every possible target.
Some of us in the local vigilance group and some security officials could not withstand the Boko Haram terrorists’ firepower as they were over 50 and were heavily armed.

I was able to hide in the bush for two days, when I came out, many dead bodies which is far more than 60 were seen close to the river bank. Most of us could not communicate with people in Damaturu, the state capital, because telecommunication masks have been blown off by the insurgents,” he said.